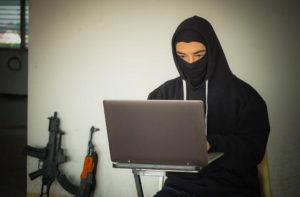 A report released by the Program on Extremism at the George Washington University, United States, showed that 19 terrorist attacks staged on US soil over the last three years were motivated and planned by intensified pro-ISIS cyber campaigns, like reported by albawaba.com.

Campaign leaders are not necessarily regular ISIS members, but do create means with which US citizens can be reached and influenced by the terror group.

The report warned US security officials that they may not truly recognize the vast dimensions and central roles played by social networking websites and online portals.

“These are guys who take it on themselves to come up with innovative new ways to spread extremist ideology and encourage attacks,” said Alexander Meleagrou-Hitchens, who with Seamus Hughes, authored the research.

He told Agence France-Presse that these individuals, sometimes also described as “virtual coaches”, appear to be developing attack plans without direction or oversight from ISIS chieftains, using social media and encrypted messaging.

Their study, published in the US Military Academy’s counter terrorism journal, notes that in the US, at least eight attack plots since 2014 have involved people being directed by these ISIS entrepreneurs.

The study said around a dozen virtual entrepreneurs had worked out of Raqqa, Syria in recent years, systematically reaching out to people in the US they think might be sympathetic to the extremists’ cause.

They coach targets, and often work to convince people hoping to join ISIS in the Middle East to instead stay in the US and design an attack there.

Their role has become more important as ISIS finds it harder and harder to direct major plots against the West and as it has found itself under military assault in its home base in Syria and Iraq.

“As things started getting harder for them, they turned to at least keeping some sort of presence in the West by these sort of lower level attacks,” said Meleagrou-Hitchens.