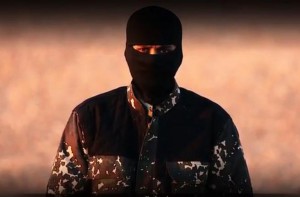 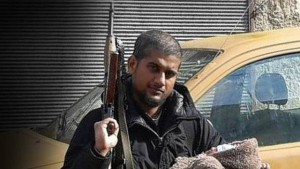 A man widely reported by British media as the masked gunman in a new Daesh execution video is a Londoner of Hindu origin.

Siddhartha Dhar was arrested multiple times for alleged terrorism offenses but was able to leave the country in September 2014 while on bail because police failed to seize his passport.

His sister Konika Dhar told the BBC she was in “a state of shock” at the reports, but added she was not definitively sure the man in the video was her brother.

“I believed the audio to resemble, from what I remember, the voice of my brother but having viewed the short clip in detail, I wasn’t entirely convinced which put me at ease,” she said.

The footage showed a masked man waving a handgun as he describes U.K. Prime Minister David Cameron as “the leader of a small island [who] threatens us with a handful of planes” and “an imbecile”.

The five prisoners kneeling in front of him are then shown to be executed.

Cameron described the video as “desperate stuff from an organization that really does the most utterly despicable and ghastly acts and people can see that again today”.

His office refused to comment on media reports naming the masked man as Siddhartha Dhar.