You are here: Home / MidEastGulf / Daesh uses civilians as human shields in Ramadi 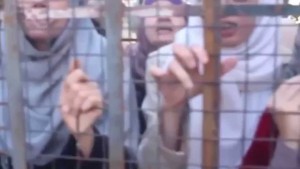 The ISIL prevents civilians from leaving Ramadi in Anbar province as the residents were ordered by the Iraqi forces who are planning to launch a large-scale operation to retake the city, sources said, adding the terrorists are using the civilians as human shields.

ISIL terrorists are not allowing civilians to leave the city of Ramadi, said informed sources, adding the Takfiris are using the city’s residents as human shields against large-scale assaults of Iraqi forces.

On Monday, Iraq’s military command called on the local residents of Ramadi to leave some areas of the city in the earliest convenience as army troops and popular forces are gearing up for a large-scale offensive to liberate the strategic city from the control of the terrorists.

The broadcast asked Ramadi civilians to depart from the city’s Southern neighborhood of Humaira.