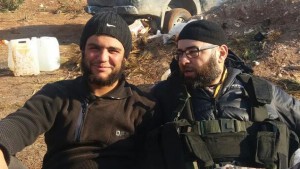 A Turkish court has remanded in custody two Daesh suspects allegedly planning to carry out a “sensational” attack in Europe, a judicial source said according to aa.com.tr .

Lebanese origin Danish citizen Mahamad Laban and Iraqi origin Swiss citizen Mohammed Tofik Saleh were initially detained by Adana police in the city’s Seyhan district earlier this month, the source said, speaking on condition of anonymity due to restrictions on speaking to the media.

Following a ten-day long interrogation, the suspects were brought in front of an Adana court on Friday and sent back into custody, the source added.

Laban, 45, and Saleh, 34, traveled to Syria via Turkey in 2014 to join the Daesh terror group, according to Adana police department.

The suspects reportedly initially told the inspectors that they traveled to Syria from Europe to provide humanitarian aid, but after a wider investigation, police found out that the suspects had taken intensive arm and explosive training in the last three months.

Police also confiscated digital materials from Laban, including several pictures with military camouflage and Kalashnikov rifles believed to be taken with Daesh members in Syria.

The interrogation also revealed that Saleh traveled to Turkey with his wife, Fatime, and two daughters in 2014. The family then crossed into Syria while mother Fatime returned to Sweden and filed a legal complaint with the authorities claiming her husband had traveled to Syria to join Daesh.