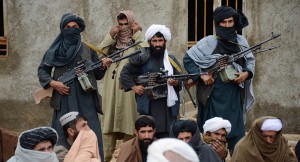 “All prerequisites are in place for us to confidently state that Daesh cells have emerged there. In addition to everything that went on before, we now have additional risks. We as Collective Security Treaty Organization allies,” Shoigu said at a meeting with Tajikistan’s Defense Minister Sherali Mirzo.

Afghanistan is in a political and social turmoil, as the Taliban and other extremist organizations such as Islamic State, outlawed in Russia, take advantage of instability in the country.

The Taliban has boosted its operations in Afghanistan after NATO ended its military mission in late 2014 and launched a non-combat operation in the country.In October, Russian President Vladimir Putin said that the situation in Afghanistan was “close to critical” as the extremists’ activity was gaining momentum. In line with his words, Shoigu said that Russia might resume patrols along the Afghan-Tajik border, which were fully suspended in 2005.

Earlier this year, US President Barack Obama said that the US forces would maintain presence in Afghanistan after 2016 because of the weakness of the government army and growing terrorist threat.