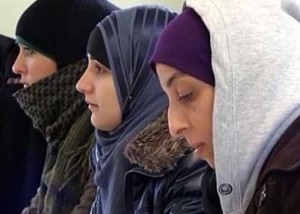 A new document released in December by Bayt al-Mal, the Treasury Ministry of Daesh [ISIS], in Raqqa, reveals that Daesh has decided to cut the salaries of all its fighters in half due to the “exceptional circumstances” Daesh has been witnessing.

The “exceptional circumstances” Daesh has been witnessing were not detailed in the document, however, they are likely related to the massive airstrikes launched by the international coalition against Daesh positions in Raqqa in December and the Iraqi campaign to liberate the city of Ramadi from Daesh’ hold.

The document stresses that the distribution of Zakat, a religious obligatory tax collected for poor Muslims, will not be hampered.

To justify the decision, Bayt al-Mal relies on an explanation from the Quran, claiming that in the Muslim Holy Book, the concept of jihad through wealth, which means spending it in beneficial ways including charity, is regarded as more important than the jihad of soul, which means striving to purify the soul and increase its faith.

Daesh’ financial situation today is even worse than it was in December when the document came out. On January 13, the international coalition bombed the central headquarters of Bayt al-Mal in Mosul, inflicting on Daesh a great loss of millions of dollars that were burned.

In order to deal with this great financial damage, Daesh’ governor in Mosul issued a fatwa that permits Daesh soldiers to raise funds from the local citizens by taxing them.