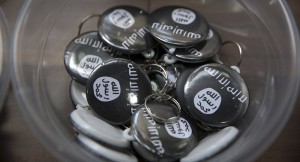 Daesh jihadist group continues to maintain active presence in 35 countries, Institute for the Study of War President Kimberly Kagan said at the Defense One Summit in Washington, DC.

“There is coordinated ISIS [Daesh] activity in 35 countries, of which 11 countries host active provinces of the Islamic state,” Kagan said on Thursday. Kagan underscored, however, that the area of Daesh’s activity shows the magnitude of the group’s human network and not its capability.

The Islamic State group, also known as Daesh in Arabic, is outlawed in many countries around the world. “The Islamic State is a shape shifting organization and can adapt its operations,” Kagan stated. “We are starting to see nodes forming in Turkey, Jordan and Egypt where it looks as though there are IS fighters or recruits assembling.”
Kagan also noted that there is a diaspora of foreign fighters moving to South Asia.
sputniknews.com