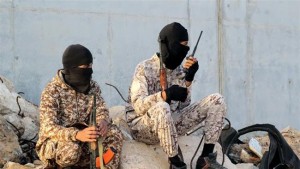 Libyan security authorities said, according to middleeastmonitor.com, that the Daesh militant group is rearranging its fighters that had fled from the northern city of Sirte, in training camps in the west of the country.

The joint army and police forces of Bani Walid, which are loyal to the Tripoli’s UN-backed government, said on their Facebook page that Daesh is rearranging its forces in the West after incurring defeat in the northern city of Sirte.

The Bani Walid joint forces  said in the Facebook page that the militant group is rearranging its forces that had fled from Sirte, and holding training camps in the area of Al-Haram and some of the surrounding valleys between the cities of Bani Walid and Awlad Bousayf.