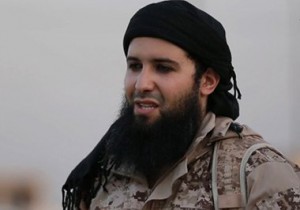 Daesh’s propaganda machine, largely credited with effectively attracting fresh recruits, has been weakened by military setbacks in Iraq and Syria, a US study said Tuesday.

While 700 pieces of media were produced by Daesh in August of 2015, numbers began declining late last year, with only 200 put out during the same month in 2016, the researchers said.

“It is clear that the organization has been forced to cut back these activities in response to the increasing amount of counterterrorism pressure brought to bear against the organization,” said the study.

It also noted there were fewer images depicting a well-running jihadist “caliphate” in the form of schools, libraries, police and public services.

“This decline suggests that the group is struggling to maintain the outward appearance of a functioning state,” the study said.

Meanwhile, videos showing the execution of spies have increased significantly, demonstrating either “paranoia” amid increasing pressure or challenges from within that are causing a public display of brutality.

The view that Daesh’s online outreach is weakening is shared by a number of experts in the field, said JM Berger, a US specialist known for his studies on jihadists’ Twitter presence.

Daesh’s propaganda arm has been decimated by coalition strikes and has found a tough time amid a crackdown by social networks, he said.

“They have less media available now, it is more difficult to find, and the content itself is considerably less optimistic and less varied,” he told AFP.

“All of this is likely to continue to depress their recruitment efforts, although it doesn’t completely mitigate the problem,” he said.