You are here: Home / MidEastGulf / Daesh promoted matrimony among militants with cash payments for marrying minors 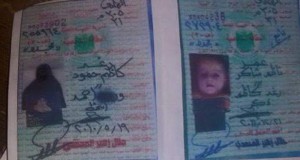 The documents were found in the vicinity of Al-Khalidiya, which was recently freed from the clutches of Daesh (ISIL/ISIS). The so called ‘marriage certificates’ – all of them signed in 2015 – contain information about the terrorists’ ‘wives’ and the children they’ve given birth to.

Furthermore, it became apparent that the terrorists weren’t just driven to marry kids out of dedication to sectarian beliefs, but because of the monetary incentives.

A source in the Iraqi military told Sputnik that these documents were stored on a memory card that was recovered during the liberation of Al-Khalidiya.

“The women’s faces on those papers were all crossed out with pens and markers because a wife’s face must not be seen by outsiders. And all of the ‘wives’ were dressed in black burkas,” the source said.

Apparently, the terrorists actively competed with each other to see who could get more ‘wives’ and earn more money. However, these ‘contests’ quickly became unsustainable due to the financial crisis and military defeats that Daesh started to experience. A resident of Mosul also told Sputnik that Daesh leadership hadn’t paid any of the aforementioned bridal bonuses for over 6 months now, and that rank-and-file militants aren’t even being paid their wages.