You are here: Home / West Asia / Daesh planning to target US citizens in India, warn US Intelligence Agencies
US intelligence agencies has provided credible information that an Indian-origin Daesh militant based in Syria is planning to attack US citizens and American interests in India. 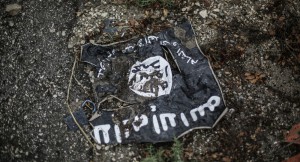 A Sputnik correspondent has received an access to an US intelligence agency report which mentions that Syria-based Daesh operative Shafi Armar, an Indian, is planning to target US interest in India. The report also mentions that Armar, who has changed his name and operates as Yousuf al Hindi, is in touch with local Indian terrorist outfits and also recruiting Indian youths to carry out the mission.

National Investigation Agency (NIA) sources told Sputnik that the FBI suspects that Shafi Armar is in touch with the Daesh operatives based in India for a Paris-style ‘lone wolf’ attacks on American citizens. In fact, a high level team of top FBI official had visited Kolkata to gather more information about the Armar and his local connections.

During the visit, the FBI team also interrogated a Daesh operative Mohammad Masiuddin. Masiuddin arrested earlier by the NIA for his links with Daesh. FBI is of the view that Masiuddin might be the prime link of Shafi Armar in India to carry out his mission. Armar is a native of Bhatkal in Uttara Kannada district in the South Indian state of Karnataka and was closely associated with the proscribed terror outfit Student Islamic Movement of India (SIMI) and has created terror modules across various south Indian states.
sputniknews.com