You are here: Home / West Asia / Daesh not in organised form in Pakistan 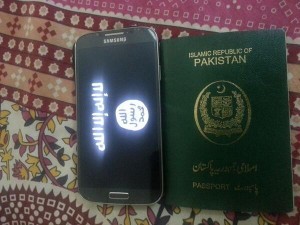 The Foreign Office on Thursday said Daesh was not in an organised form in Pakistan while its influence was increasing in neighbouring Afghanistan.

Commenting on media reports about the arrest of some people linked to Daesh or Islamic State at the weekly media conference here, the Foreign Office Spokesman Qazi Khalilullah said investigations were under way but he was not in a position to say who had left Pakistan to join the militant outfit. —Agencies

Mariana Baabar adds: The spokesman said Pakistan and India were engaged through diplomatic channels to fix the exact date for a comprehensive bilateral dialogue when their foreign secretaries would meet to help resolve “outstanding disputes peacefully and enhancing bilateral cooperation”. Earlier reports of a January 15 meeting in Islamabad had been in circulation.

“The first meeting of foreign secretaries in this context will be held in mid-January 2016 to work out modalities and schedule of meetings of various segments under the dialogue. You know that the Indian prime minister also visited Pakistan a few days ago. Both were very positive steps. The dialogue process would be helpful in resolving outstanding disputes peacefully and enhancing bilateral cooperation. The meeting of the foreign secretaries of Pakistan and India will be held in Islamabad in mid-January. As far as the agenda is concerned, the foreign secretaries will work out modalities and schedule of the meetings of various segments under the dialogue in accordance with the Joint Statement of 09 December 2015,” he further explained, adding that all disputes had to be resolved “peacefully”.

To a query, the spokesman said the new construction being made by India on the Line of Control would be amongst “all issues of concern to Pakistan will be discussed as part of the comprehensive bilateral dialogue, which includes a segment on peace and security”.

However, he made no mention of the “exchange” between Prime Ministers Nawaz Sharif and Narendra Modi when they shared the same car for nearly an hour to drive from Jati Umra to Lahore airport on December 25.

It is also not known who else was in the vehicle though in their earlier meeting at Jati Umrah they were accompanied by officials and Sharif’s male family members.

Commenting on the foreign policy of Pakistan, the spokesman said under the vision and guidance of the prime minister, Pakistan was able to significantly enhance its relations with all the neighboring countries.

However, there appears to be confusion on Pakistan’s western borders as far as the proposed quadrilateral dialogue between Pakistan, Afghanistan, China and the US is concerned; there appears to be uncertainty on the venue and date of this meeting which is expected to pave way for reconciliation talks with the Afghan Taliban after army chief General Raheel Sharif visited Kabul. Queries were raised whether there would be a “steering committee” or a “coordination committee meeting”. Earlier reports spoke of the quadrilateral meeting scheduled to be held in Kabul.

There was no clear response from the spokesman who commented, “Consultations are underway to host the first meeting of the Quadrilateral Coordination Committee in Islamabad in the second week of January. Exact date is being worked out in consultation with Afghanistan, China and the US. The level, composition and agenda of the meeting are also being worked out through consultations.”

While reports after reports speak about Pakistani citizens trying to associate with Daesh, the spokesman brushed them aside as merely “media reports” and said that the Ministry of Interior would provide more details about people trying to reach Syria.