You are here: Home / Mediterranean / Daesh may start ‘Blitzkrieg’ in Libya like in Iraq in 2014 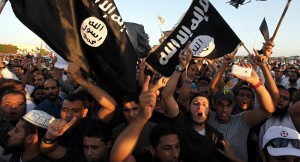 Daesh militants are expanding their territory in Libya. They may repeat the same kind of “blitzkrieg” that the world saw in Iraq, Michael Morrell, former acting director of the CIA, said.

Militants of the Daesh terrorist group may push a “blitzkrieg” in Libya, the same way they did in Iraq in 2014, Michael Morrell, former acting director of the Central Intelligence Agency (CIA), said.

“They are currently expanding that territory and foreign fighters are beginning to go to Libya to fight with the ISIS [Daesh] group there. I would not be surprised if we woke up one morning and ISIS [Daesh] in Libya had grabbed a large part of Libyan territory. The same kind of blitzkrieg on a smaller scale that we saw in Iraq,” Morrell testified before the House Armed Service Committee.

Following Iraq and Syria, Libya has become the next country targeted by Daesh militants. According to the Interior Ministry, around 5,000 Daesh militants are now thought to be fighting in the country.

Daesh considers Libya the most favorable country where a regional hub of its North African “caliphate” could be established, IHS Jane’s Defense Weekly reported in December 2015.Libya is important because it is located in Africa and south of Europe, a report released by the UN in December read. According to the document, Libya is also a “gate to the African desert stretching to a number of African countries.”

Libya is one of the most oil-rich countries in Northern Africa. The Daesh push in the country can hardly be surprising as the terrorists have suffered heavy losses since the beginning of the Russian military operation in Syria.

“The Islamic State [Daesh] leadership is seeking ways to compensate for the financial losses it has suffered, and establish new backup outposts outside the Middle East. That is why ISIL has been fairly active in plans to take control of Libya, which is particularly rich in ‘black gold,'” Czech-based journalist Martin Berger wrote for New Eastern Outlook.Since Libyan leader Muammar Gaddafi was toppled and killed in an armed conflict in 2011 the county has been engulfed in a deep crisis. The country is currently ruled by two governments, by a nation-wide elected parliament in Tobruk, in eastern Libya, and by the General National Congress in Tripoli. At the same time, some parts of the country are not controlled by the government as they are seized by armed forces, including Daesh.