You are here: Home / MidEastGulf / Daesh kills 27 Iraqis by electrocution in Mosul 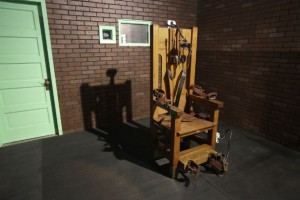 An Iraqi security official source who preferred not to be named told Al-Araby Al-Jadeed news site that Daesh militants electrocuted the 27 men in a city prison located around 400 kilometres north of Baghdad.

Meanwhile clashes were reported in the Kairouan province, south of Mosul, on Tuesday between Iraqi and foreign members of the organisation after the foreign militants executed four men.

The Iraqi security source said: “The Islamic State’s Iraqi members and the four victims come from the same clan.”

Disagreements between the organisation’s members are expected to escalate after the bombing of the four victims’ homes.

The city of Mosul has witnessed popular mobility against Daesh after a number of its elements were stabbed at checkpoints setup by the group.

Daesh had already carried out mass executions in Mosul against those charged with conspiracy.