You are here: Home / MidEastGulf / Daesh killing all civilians who don’t cooperate in Mosul 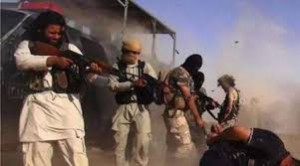 Daesh militants in the Iraqi city of Mosul have killed civilians who refuse to allow rockets and snipers to be sited in their houses or whom they suspect of leaking information or trying to flee, a UN human rights spokeswoman said on Tuesday.

“On Nov. 11, ISIL (Daesh) reportedly shot and killed 12 civilians in Bakir neighborhood of eastern Mosul city for allegedly refusing to let it install rockets on the rooftops of their houses,” Ravina Shamdasani told a regular UN briefing.

Information received by the UN also showed that militants publicly shot to death 27 civilians in Muhandiseen Park in northern Mosul on Nov. 25, and on Nov. 22 an Islamic State sniper killed a seven-year-old running toward the Iraqi Security Forces in Adan neighborhood in eastern Mosul.