You are here: Home / Mediterranean / ‘Daesh is turning its attention to Israel’ 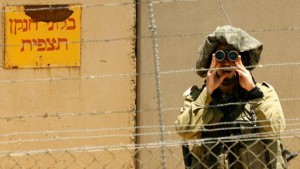 Israel believes that an attack by Daesh is a matter of time.

In their annual strategic assessment which was presented to the cabinet earlier this month, the IDF’s intelligence experts said that the movement, currently being pushed back in Syria and Iraq, is likely to use its affiliated groups on the Golan or Syrian borders to launch an attack.

So far, Daesh has focused on expanding its strongholds in Syria, Iraq and Africa, and on launching terror attacks in Europe, but has not targeted Israel.

This could be about to change, especially as a strike on Israel could boost Daesh’s standing in the Muslim world.

In a video which was posted online in December, there is a recording of Daesh leader Abu Bakr al-Baghdadi, saying that “with the help of Allah, we are getting closer to you every day. The Israelis will soon see us in Palestine”.

Daesh’s Syrian bases are mostly far from Israel. However, in the Golan, the local group Shuhada al-Yarmuk has pledged allegiance to the caliphate. So far it has concentrated on fighting the Syrian army and rival rebel groups, but Israeli officers say that “Daesh could decide to shift from local battles to fighting Israel”.

On the Sinai border, the Salafist group once known as Ansar bait al-Makdas is now operating as “Willayat Sinai” — the Sinai branch of Daesh.