You are here: Home / Senza categoria / Daesh is fighting back at Anonymous with its own hackers 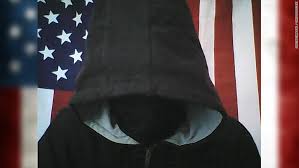 The ‘cyber war’ on Daesh, also known as Isis, has taken an interesting turn.

After internet collective Anonymous announced targeted attacks on Daesh’s internet operations – including take-downs of supportive social media accounts and websites – Daesh has responded by leaking personal information on hundreds of US and French soldiers.

Details published by the terrorism group apparently include the home addresses of US CIA officers, personal addresses of 160 members of the US Army and Marines, and several dozen names and e-mails from the French Ministry of Defense – details that could be used to allow Daesh-sympathisers to target military figures. While groups including the Pentagon have yet to comment on the authenticity of the lists, security experts told CMS that it is likely the information is genuine.

Rita Katz, director of Search for International Terrorist Entities Intelligence (SITE) Group, suggested it was concerning that groups connected with Daesh were able to access military data lists, but suggested that much of the information published so far is already available via public sources.

“We can’t confirm that there was any hacking,” said Katz. “It seems that the group is taking lists from military websites, collecting information from Google, and possibly even releasing bogus information. Since some of the lists released by the pro-IS group are copied from US military sites, it’s troubling that people affiliated with IS are seeing lists affiliated with the military, regardless of whether it is publicly available or not.”

The counter-hack follows news that Daesh has been using its own covert Android app to spread propaganda and media materials to supporters.

It looks like the term ‘cyber war’ has made the move from sci-fi staple, to concerning reality.