You are here: Home / Senza categoria / Daesh forced to shift back to old Al-Qaeda strategy 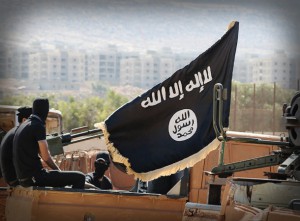 Al-Qaeda and ISIS both have the same ultimate objective: to establish an Islamic state in all territories they conquer. But their approaches differ. A good starting point is to compare the information seized when U.S. military forces killed al-Qaeda leader Osama bin Laden in 2011, and the evidence collected after the 2006 killing of Abu Musab al-Zarqawi, who founded al-Qaeda in Iraq, which later morphed into ISIS. Together, the finds offered key insight into the divergent strategies that caused the two terrorist organizations to split.

Bin Laden based his strategy on two experiences. One was that of the Hezbollah, which forced U.S. and French troops out of Lebanon in 1984, pushed the Israelis out in 2000, and which ultimately became the main power broker in Lebanese politics. The other was the failure of previous bids — by the Taliban (in Afghanistan) and al-Qaeda in Iraq — to form Islamic states.

Bin Laden concluded that timing was crucial in forging an Islamic state. As long as NATO backed the regimes against which al-Qaeda was fighting, the creation of state-like structures in those territories, he reasoned, would merely provide bombing targets for western warplanes. The immediate priority, therefore, had to be a war of attrition to drive out NATO troops from the Middle East and Central Asia.

I personally believe that using the Hezbollah experience as a reference was mistaken, because Hezbollah had an essentially national agenda in Lebanon while al-Qaeda wants to build an imperial state encompassing all Muslim lands. When they left in 1984, the French and the Americans did not fear that Hezbollah would follow to attack them in their own territories.

In any case, by 2014, al-Qaeda was showing the limits of its ability to ever be able to forge its Islamic state. For that reason, ignoring instructions from its central command, al-Qaeda’s Iraqi branch decided that year to form the Islamic State in Iraq, which became the Islamic State in Iraq and Syria (ISIS), and its leader Abu Bakr al-Baghdadi declared a worldwide caliphate. Changing names reflected its evolving territorial ambitions, and the present name indicates, in principle, a rejection of any limits at all.

The idea was that conquering territory would give access to new resources (including oil and extortion revenue), which could finance more conquests. Territories would also give allied or sympathetic groups a convergence point and an entity to which they could offer their own resources. In contrast with al-Qaeda, ISIS’s main targets were Middle Eastern regimes.

Each group, it turns out, was partly right. ISIS won the battle for resources and recruits, but provided targets for air attacks it could not really stop — even if such bombings may have a limited effect without ground troops to recapture ISIS territory.

Indeed, this calculus on the ground is also changing for two reasons. First, in contrast with the U.S.-led coalition, Russia is providing air support to an advancing Syrian army (allowing it, for example, to break the ISIS siege of the Kweiris base). For its part, the U.S. military is increasingly coordinating air attacks with Kurdish militias (explicitly in northern Iraq and discreetly in northern Syria). The fruit of this collaboration is that Kurdish militias have taken Sinjar, an important point on the road linking Raqqa and Mosul, two big cities ISIS holds respectively in Syria and Iraq.

Local militias aided by foreign powers are thus forcing ISIS to cede territory — just as Bin Laden had warned might happen. Similar scenarios played out in the western Sahara and Somalia, where other state-building attempts were made.

This brings us to the recent attacks on civilians in Ankara, Beirut and Paris, and on Russian vacationers over the Sinai. ISIS claimed responsability for all of the attacks, suggesting it has perhaps decided to adopt Bin Laden’s initial strategy.

If so, one might cautiously conclude that as its territory in the Middle East shrinks, the more ISIS will shift its attention to what al-Qaeda calls the “distant enemy,” the Western powers and their allies inside and beyond the Middle East.