You are here: Home / MidEastGulf / Daesh fighter from US detained in Iraq 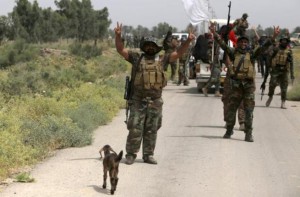 A US citizen fighting for Daesh was taken into custody in northern Iraq after he left militant-controlled-area, according to two Kurdish officers, one of whom detained him.

Both claimed the man appeared to be attempting an escape from both Daesh and Kurdish forces but turned himself in after peshmerga fighters opened fire on him near the frontline in the village of Golat.

Captain Daham Khalaf reported they had spotted the fighter hiding in long grass early morning and surrounded him when the sun rose. “He shouted, ‘I am a foreigner’,” Khalaf said.

The militant, described as bearded and dressed in black, did not carry a passport but had an American driving license and spoke English and broken Arabic, according to General Hashim Sitei who spoke to him.

The name of what was reported to be the license, seen by Reuters, was Khweis Mohammed Jamal. The man’s identity was not independently confirmed.