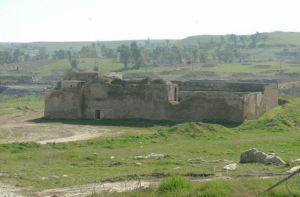 The monastery was founded in 595 AD. While it had faced attacks and partial destruction over the centuries, in the mid 2000s, American troops partially restored the site and conducted religious services at the monastery. Iraqi archeologists had been excavating and working on portions of the monastery as recently as 2008.

The Associated Press obtained exclusive recent images showing the site as a heap of rubble.

Daesh has blown up many aincent religious sites across Iraq and Syria, including Palmyra’s Arch of Triumph and multiple Shia and Christian places of worship.