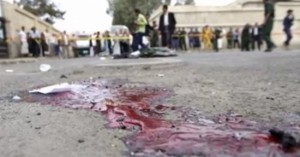 AFP reports that Daesh claimed responsibility for the suicide bombing in Aden, Yemen, that killed 14 soldiers at a military training camp.

Troops loyal to embattled President Abedrabbo Mansour Hadi were in the midst of a training session with Sudanese forces in collaboration with the Saudi-led coalition at the Ras Abbas camp. A man disguised as a solider joined them and then “detonated his explosive vest among soldiers,” a military source said to AFP.

After the attack, the Yemeni conscripts evacuated the camp. Training has been put on hold.

The Aden and Abyan Province branch of Daesh released a statement that they carried out the attack, but put the death toll at 20 soldiers.

Another attack occurred a day earlier in Aden, claimed by Al-Qaeda militants. On Tuesday, a failed attack on the convoy of Aden’s general and police chief left four militants dead.

As Yemen is embroiled in a turbulent war between embattled President Hadi and the Houthi rebels, militant extremist groups such as Daesh and Al-Qaeda are gaining group in the southeast of the country. Both militant groups have carried out an increasing number of suicide attacks in major cities over the past few months.