Daesh claimed responsibility for a deadly explosion at the Atma camp for internally displaced people in Syria’s Idlib province near the border with Turkey, media reported 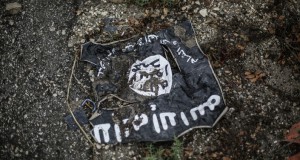 According to Turkey’s state-run Anadolu news agency, the bomb exploded during a Free Syrian Army’s (FSA) guard changes on Thursday, claiming the lives of more than 20 people. Eyewitnesses said that the blast had been staged by a suicide bomber.

People with light injuries were taken to nearby field hospitals while those severely injured were sent to hospitals in Turkey. Syria has been mired in civil war since 2011, with government forces loyal to President Bashar Assad fighting numerous opposition groups, as well as terrorist formations, such as Daesh and Jabhat Fatah al-Sham (formerly known as al-Nusra Front), both outlawed in Russia.

According to UN estimates, approximately 11 million Syrians have been displaced since the beginning of the conflict. At least 6.8 million Syrians are internally displaced, many of whom are in desperate need of humanitarian assistance.