You are here: Home / Europe / Daesh at the gates of Europe 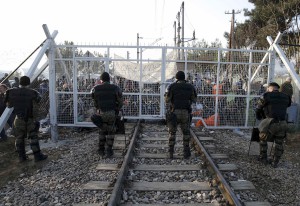 A report by the Public Prosecutor in Spain has claimed that Daesh is a serious threat to the security and stability of Morocco and neighbouring countries, Moheet.com reported on Friday. The official hinted that Morocco could be the gateway to Europe for extremist groups.

According to the report, around 5,000 armed extremists have moved to Libya. It warned that they could infiltrate into Morocco and became a threat to Spain due to the existence of Daesh recruitment cells in some cities such as Barcelona and Madrid.

Security briefs estimate that the number of Tunisians being trained in Libya stands at more than 500. Some, it is said, have fought with Daesh in Iraq and Syria, some were in Mali and some entered Libya after the ouster of the Libyan dictator, Muammar Gadhafi. Libya, notes Moheet.com, has become a refuge for extremists.

Observers point out that the existence of such extremists in Libya, on the doorstep of Europe, is the nightmare scenario for European governments. Libya’s neighbours are also afraid of the increasing confidence and autonomy of the extremists within their cities.