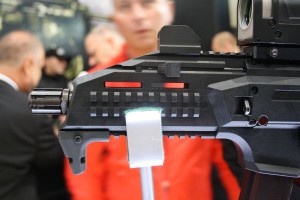 “We are in particular considering another shipment, this time with weapons for Kurds. It might be sub-machine guns. We will be negotiating about it with Americans since we need a haulier,” Stropnicky said.

Last August, the Czech government approved the supply of ammunition for Kalashnikov rifles and machine guns as well as grenades, worth 41 million crowns in total, for the Kurdish militias fighting Islamists in Iraq.

Kurds received first over eight million rounds of ammunition for machine guns and more than 5000 for rocket-propelled grenades.

In June, the Czech government decided to supply the rest,, more than ten million rounds of ammunition for assault rifles and 5000 hand grenades.