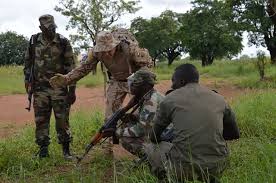 The Czech government approved the financial contribution of one million euros for the development of the G5 Sahel joint force that is to fight terrorists and organised crime on the southern rim of Sahara in North Africa, Prime Minister Andrej Babis (ANO) said after its meeting on Wednesday, like reported by praguemonitor.com.

In terms of security and transit illegal migration, Sahel is becoming a crucial region both for the EU and the Czech Republic, the government said previously.

The Sahel joint force is to get the money through the EU African Peace Facility.

Jakub Fajnor, from the Czech Defence Ministry press section, said the defence and foreign affairs ministries agreed on the contribution to Sahel forces. The money is likely to be used for the purchase of bulletproof vests, helmets, sleeping bags or metal detectors.

Fajnor said the Sahel joint force has the potential to reduce illegal migration from the region.

Czech soldiers operate in the region as they take part in the patrolling service at the headquarters of the EU training mission in Mali and in the training of Mali’s armed forces.