You are here: Home / Europe / Czech foreign minister: EU must unite stance on Syria and Assad must participate in the negotiations 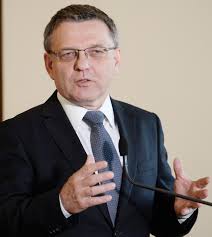 The European Union must unite its stance on Syria, Czech Foreign Minister Lubomír Zaorálek said ahead of a meeting with his EU counterparts in Luxembourg.

The Czech foreign minister said that in his view Syrian President Bashar Assad must participate in the negotiations about a ceasefire in Syria.

Mr. Zaorálek also emphasized the need for Russia to be included in the peace talks if they are to produce a lasting and effective solution.