You are here: Home / Europe / Czech foreign military missions to continue in years to come 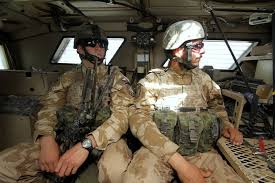 The Czech military would like to continue with its foreign missions as now and between 2017 and 2018 it plans to join the operations in Afghanistan, Mali and the Sinai, Defence Ministry spokesman Jan Pejsek has told CTK.

The government is to discuss the proposed missions on Monday.

The Defence Ministry is expected to spend almost 2.3 billion crowns on the deployment in the missions to be yet approved, Pejsek said.

“The plan suggests the continuation of all previous foreign operations. The missions Resolute Support in Afghanistan and the EU and U.N. missions in Mali are priorities,” Defence Minister Martin Stropnicky (ANO) has told journalists.

“In addition, we want to considerably contribute to the Rapid Response forces, which are basic mechanisms of NATO’s collective defence,” Stropnicky said.

The current mandate for Czech armed forces abroad will expire at the end of the year. By then, the government and parliament have to agree on their further deployment.

“The proposed mandate primarily relates to the operation with the Czech Republic’s long-term involvement,” Pejsek said.

The biggest unit is to operate again in Afghanistan. In 2017, the Czech military wants to have 270 soldiers in it and one year later, 20 less. The ending mandate planned the deployment of up to 310 soldiers. Another 20 are to be designated as now for the protection of the Czech embassy in Kabul.

Czechs will continue with their focus on the protection of the allied forces and training of their Afghan counterparts.

The Balkans is a traditional place where Czech forces are deployed.

“The political and security situation in the region is still fragile and its worsening cannot be ruled out,” Pejsek said. Under the proposed plan, ten soldiers are to be in Bosnia and Herzegovina and two in Kosovo.

“Alongside a long-term presence in Afghanistan and in the Balkans, due to the considerable worsening of the security environment, our participation in the missions in Africa and the Middle East is gaining importance,” Pejsek said.

On this account, the Czech military is to send its second most numerous contingent to Mali, where a total of 60 persons are to serve.

Like this year, most of them will make part of the EU training mission. Ten will work in the staffs of the Malian mission headed by the United Nations, chief of staff Josef Becvar has told CTK.

This year, too, there are Czech special units in Mali, but they will leave it by the end of the year.

The Czech military also wants to stay in the Sinai where it sends 25 soldiers as well as a CASA C 295M transport plane and at the Golan Heights for which it offers up to five soldiers.

The Czech Republic will continue with its participation in EU naval operations, including its anti-pirate mission in the African Horn and the EU operations against migration in the Mediterranean.

In both cases, the Czech Republic will send its experts to the command structures.

Some more hundreds of soldiers will be ready for possible rapid deployment within NATO and United Nations mission.

Stropnicky said the Czech Republic would also take part in the struggle against the Daesh.

“Two weeks ago, the government approved the sending of an air force consultancy team to Iraq where our troops are to help train the local air force with the Czech-made L-159 training aircraft,” Stropnicky said.