You are here: Home / Europe / Czech court allows extradition of 3 terror suspects to US 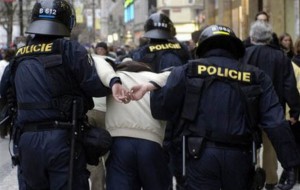 A Prague court has ruled a Lebanese national and two Ivory Coast citizens can be extradited to the United States to face terror charges.

The three men were arrested in Prague in April 2014 while trying to sell weapons to undercover U.S. law enforcement officials who pretended to be from a Colombian terrorist group.

The three have appealed. If the verdict is upheld, Justice Minister Robert Pelikan will have the final say.

In July, a Czech lawyer for the Lebanese suspect Ali Taan Fayad, also known as Ali Amin, went missing in Lebanon together with four other Czechs and their Lebanese driver, who was identified by Lebanese media as Taan’s relative.

Czech officials have not commented on that.