You are here: Home / Africa / Cyber and drones attacks in Libya: a rising threat to Nigeria 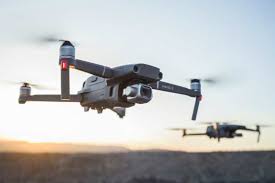 Cyber attacks and use of drones in the war in Libya constitute a threat to Nigeria because if Boko Haram and bandits get access to them they will use them. Evolving drone technology in Libya will enable bandits and Boko Haram to make low-cost but highly credible threats against Nigeria and groups that do not possess drones. It is the widespread availability of war drones in Libya that poses the largest threat to Nigeria and, indeed, West Africa as a whole, like reported by vanguardngr.com.

Almost all the armed groups in Libya use war drones. Foreign intervention has brought drones and cyber-attacks in Libya. Turkish-made Bayraktar TB2 drones have carried out several air strikes on behalf of the Government of National Accord, GNA and provided air support for its ground forces conducting counter-offensives, most notably helping them rout Haftar’s Libyan National Army, LNA, in the city of Gharyan in late June, which hitherto had served as a major logistical hub for the siege. The LNA also has a fleet of Chinese-made Wing Loong II drones supplied by its main patron, the United Arab Emirates, UAE. They have attempted to destroy the GNA’s Bayraktar fleet, taking out a couple in air strikes against GNA bases.

The GNA’s drones are based in Tripoli’s Mitiga International Airport and Misrata in northwestern Libya. The LNA carries out most of its air strikes from al-Jufra airbase in central Libya. “The GNA received 12 Bayraktar TB2s in two batches – four and eight – between May and July,” said Arnaud Delalande, a freelance defence and security expert.

Turkey is a main ally of Libya’s “recognised” government, the GNA, led by Fayez al-Sarraj. Turkey’s president has met with Prime Minister Fayez Sarraj, following heightened tensions between Turkey and forces loyal to General Khalifa Haftar, head of the LNA, a rival Libyan authority. Turkey provided drones to the GNA and sent on May 18, 2019, a large shipment of military equipment to pro-GNA militias controlling Tripoli and fighting the LNA. The Turkish military assistance came amid the GNA’s efforts to stop the LNA attack on the capital, Tripoli.

Drones are now used to hack servers, spy on networks, extract data, and block communications in Libya. Corporate networks in Libya are heavily affected by the malicious use of drones; so companies need to have solid security measures in place to prevent unwanted access and protect themselves from cyber warfare attacks. With the emergence of drones in the battlefield and cyber threat landscape in Libya, what are the counter measures? How do we defend against the use of drones against Nigeria? Each of these factors in Libya – drones and cyber-attacks, have been used to varying degrees individually in Libya over the past two years. Drones in particular are evolving rapidly into a versatile threat to even highly advanced militaries. Libya’s current conflict is emerging as a very different one to what has been fought before in the country, or the world.

Fleets of long-range drones carry out strikes; cyber-attacks proclaim the end of governments. The war has devolved into a bloody stalemate, with many fighters dead and thousands wounded in grinding urban conflict. Khalifa Haftar’s Libyan Arab Armed Forces, LAAF, a militia coalition based in the east of the country, has been on a mission to seize Tripoli since April. The capital is held by the internationally recognised GNA, supported by militias from across western Libya. But while it is Libyans who are fighting and dying, foreign actors have largely been driving this war. Turkey and Qatar support the GNA, while the United Arab Emirates, UAE; Egypt, Russia and France are behind the LAAF. These foreign backers have contributed diplomatic support, military equipment, mercenaries and military personnel, and direct military action to the two sides.

The use of drones and cyber-attacks among other dynamics in Libya’s conflict, probably portend what armed conflict in this century will look like – both within and between states. In six months, drones have become a mainstay of Libya’s conflict. While they have been fielded by Libyan militias before, including by the LAAF in the battle for the eastern city of Derna, it was not until the present conflict that their use became systematic and militarily important. According to Ghassan Salamé, the United Nations Special Representative for Libya, the current conflict has seen some 900 missions flown by drones fielded by the two sides, and this has increased steeply in recent weeks. Both sides use them for surveillance, long-range strategic strikes on arms depots and airports, and close-air support to units enmeshed in urban combat.

The GNA and LAAF rely on foreign actors for their drones. Since May, Turkey has supplied the GNA with more than a dozen Bayraktar TB2 craft, as well as ground control units. The UAE has provided the LAAF with the Chinese Wing Loong II drones. Both Turkey and the UAE are rumoured to have deployed personnel to Libya to operate the drones. Armed drones are ubiquitous in Libya, and will be on future battlefields, both due to the relatively high-precision attacks they can undertake and because they are far cheaper than traditional attack aircraft. A Wing Loong II costs US$1-2 million, and even the pricier Bayraktar is just less than US$6 million.

It sounds a little bit sci-fi, but make no mistake: The next front in cyberwar is literally above your head. Military technology companies from around the world are rushing to design, build and sell drones that hack and track, while others want to own the business of hacking of the drones themselves Libya and, indeed, West Africa are in new era of advanced cyber-electronic drones and how they will behave in this new cyber threat landscape. Drones are currently seen in the military and in the hobbyist warehouses in Libya; however, much like how the early internet was known as the ARPANET military (a project that was open to and adopted by society).

Who will adopt drones to prey on our communities, organisations and country? Libya digital networks are under constant attacks from hackers, crime-rings, terrorists, and nation state-backed hacker groups. It is important that Nigeria urgently take the time to research the capabilities of advanced cyber-electronic threats in order to prevent the new wave of advanced future attacks and learn how Nigerians can integrate what we find into our current military defences. How hackers steal data with drones In Libya attackers can attach a small computer (such as Raspberry Pi) to a drone, fly it over places where they wouldn’t normally be able or allowed to enter, and then exploit Wi-Fi, Bluetooth, or RFID (Radio-frequency identification) vulnerabilities.

A cybersecurity company in Libya has proved that a drone could basically be connected to any device like smartphone or laptop. They used a drone to intercept data from the attendees’ phones with a software dubbed Snoopy that run on the minicomputer attached to the drone. It could mimic Wi-Fi networks that victims were connected to in the past and then they are able to steal any information that used on the device, including bank details and passwords. Also, other sources have shown that in Libya drones equipped with a radio transceiver could be used to hijack Bluetooth mice. This means that any other Bluetooth-connected device could be accessed, such as keyboard, from which attackers could obtain keystrokes and figure out users’ login credentials.