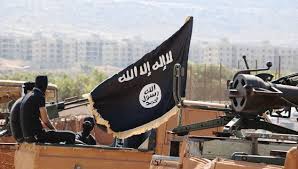 A new analysis of ISIS control, battle and support zones in Syria and Iraq reflects that the Islamic State “is reconstituting a capable insurgent force in Iraq and Syria despite efforts to prevent its recovery” by the U.S.-backed anti-ISIS coalition, like reported by pjmedia.com.

While the Defense Department consistently states that one or two thousand ISIS fighters are estimated to remain in Syria’s Middle Euphrates River Valley, an August report to Congress from the U.S. Lead Inspector General estimated “roughly 14,000 fighters” still in Syria and “15,500 to 17,100 ISIS fighters” remaining in Iraq at the end of June.

“ISIS is waging an effective campaign to reestablish durable support zones while raising funds and rebuilding command-and-control over its remnant forces,” the Institute for the Study of War in D.C. said last week. “On its current trajectory, ISIS could regain sufficient strength to mount a renewed insurgency that once again threatens to overmatch local security forces in both Iraq and Syria.”

The assessment takes into account not just areas in which ISIS controls and governs the civilian population — territory that has dramatically shrunk since the peak of the caliphate — but zones where ISIS can conduct logistic and administrative support functions and territory in which ISIS actively conducts insurgent attacks.

“The U.S. Anti-ISIS Campaign has not eliminated the global threat posed by ISIS despite largely accomplishing its stated objectives in Iraq and Syria,” ISW stated. “…ISIS is finding new sources of revenue and rebuilding command-and-control over its scattered remnant forces in order to prepare for a future large-scale insurgency in both Iraq and Syria.”

The terror group “was able to smuggle as much as $400 million out of Iraq and reinvest it into legitimate businesses across the wider Middle East” and “continues to engage in lucrative criminal activity including extortion, smuggling, theft, and money laundering” to raise funds.

Money-laundering front companies established by ISIS in Iraq reportedly include car dealerships and pharmacies. ISIS fighters also raided a clinic near Kirkuk last month and stole a cache of drugs that they could sell or use to treat their wounded in the future.

Just how much revenue ISIS is generating right now is unknown.

Messages earlier this year calling on ISIS cells to activate “suggest that ISIS deliberately embedded operatives to conduct future attacks in recaptured areas across Iraq and Syria,” ISW noted, but ISIS may also be taking steps to piece back together an operational-level command structure. These include the formation of two new ISIS province in Iraq and Syria on July 20 and the resurrection of ISIS releasing weekly military activity statistics.

ISIS is “steadily scaling up the rate” of attacks in Iraq, and “is also reconstituting as an insurgent force across Syria.”

“ISIS is also infiltrating Al-Qaeda’s areas of operations in Northern Syria in order to gain access to logistics routes through Turkey. It may also intend to tap into flows of Al-Qaeda-aligned foreign fighters. ISIS has also demonstrated that it retains the ability to mount attacks in areas held by the U.S. Anti-ISIS Coalition and Syrian Democratic Forces (SDF) including Ar-Raqqa City, Hasaka City, and Qamishli,” ISW reported. “ISIS is likely regenerating support networks across its former territorial holdings in Northern and Eastern Syria.”

The assessment predicts that ISIS’ resurgence in Iraq will pick up steam as fighting the terror group falls on the priority list of the Iraqi government.

“The U.S. and its allies must take action to set the political conditions necessary to sustain a long-term campaign against ISIS in Iraq and Syria,” ISW concluded. “ISIS otherwise threatens to return yet again in a form even more dangerous and more capable than its rise to global prominence in 2014.”