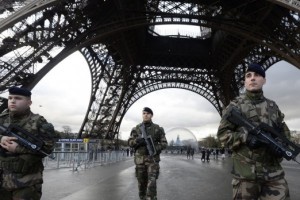 Terrorism is not a new phenomenon, but the ever-changing threat environment we witness nowadays is really unprecedented, more complex and diverse than ever before. This article tries to explain from a cultural perspective why some people kill in the name of religion and how a certain notion of identity, as Amin Maalouf argues, encourages them to adopt an attitude that is partial, sectarian, intolerant, domineering, sometimes suicidal, and frequently even changes them into killers.

Throughout human history, terrorism has been used by dissidents and states to maintain control or attain power. The word “terrorism” entered the European languages in the wake of the French revolution of 1789. Governments in Paris tried to impose the radical new order on reluctant citizens by violence. The term was defined by the Academie Francaise in 1798 as “system or rule of terror”.

Afterward, terrorism was mainly associated with the assassination of political leaders and heads of state. In the half-century after World War 2, “terrorist movements” (freedom fighters from the perspective of the colonized) developed to put pressure on the colonial power to hasten their withdrawal. There were killings of policemen and local officials, hostage taking, hijacking of planes and bombing of buildings. At times civilians became targets. The doctrines that these movements espoused were revolutionary socialism, nationalism, then became mostly religious especially after the collapse of communism.

The often-repeated statement “one man’s terrorist is another man’s freedom fighter” began to lose ground especially after the 9/11 attacks on the USA. Terrorism acquired a new face by turning international. AlQaida whose leaders helped to free Afghanistan of the Soviet occupation in the 1980s, developed the broader ambition of fighting western dominance. Its discourse was a mixture of religious extremism, contempt for existing Arab regimes, hostility to US dominance and insensitivity to the effects of terrorist attacks.

Behind the many changing faces of terrorism, including ISIS, there are some common characteristics. Terrorists claim that their movement is the result of an upsurge of public feeling, as regards injustice and imperialism. They believe that Islam is threatened and their acts will defend Islam and change reality. By attacking civilians, they aim to demonstrate that the state is incapable of protecting its own people. Terrorists underestimate the strong revulsion of ordinary people to acts of political violence as they believe that they are doing this in the name of religion. Terrorism has become endemic in particular regions marked by political instability.

While the political interpretation of terrorism focuses on the interplay of networks of power, subversion and resistance, it does not address the issue of culture and its key role in generating identities that kill. Addressing the phenomenon of terrorism from the cultural perspective might shed some light on the mechanisms at work and provide a better understanding of this escalating violence that has rocked many countries recently.

Drawing on Amin Maalouf’s book, In the Name of Identity, this article examines the thesis of this book and tries to assess its relevance as a plausible explanation of the conditions under which some Muslims turn to terrorist activities. Amin Maalouf claims that every individual is “a meeting ground for many allegiances, and sometimes these loyalties conflict with one another and confront the person who harbors them with difficult choices”. Allegiances include allegiance to a religious tradition, to a nationality, to a profession, an institution or to a particular social milieu. By and large, every individual has to some extent a unique identity. There are similarities but there are also differences. Some elements may be found separately in many individuals but the same combination of them is never encountered in different people.

However, not all allegiances are equally strong; in every age there is one overriding affiliation (class, nation, religion…). Therefore, the hierarchy of allegiances is not immutable but changes with time. According to Amin Maalouf, no allegiance predisposes anyone to murder; nevertheless, when a community feels humiliated or fears for its existence, it tends to produce killers. The fanatics of this community pass themselves off as defenders of this threatened identity. This is due, Maalouf argues, to the tribal concept of identity which reduces identity to one single affiliation, be it class, nation or religion. This type of identity makes people intolerant, domineering, suicidal and even changes them into killers.

Fanatics believe that they are acting in legitimate self-defense. Once this attitude is shared by those among them, the butchers often have a “clear conscience”. But how do these acts of violence relate to Islam or religion in general?

Amin Maalouf thinks that “behaviour must be judged in relation to its time”. He does not share the view that these acts of violence are in the nature of Islam. Though he admits that no religion is completely devoid of intolerance, he argues that in the Muslim world, society has always produced a religion in its own image and that this image has never been the same. It always bears the marks of time and place. Terrorist movements are thus not a product of Islam or Muslim history but a product of our time with all its tensions, distortions, stratagems, and despairs.

What happened in the Islamic world that led to the rise of religion as a spiritual refuge and buttress of identity? Amin Maalouf thinks that the collapse of socialism, the failure of Arab nationalism and the crisis affecting the West led young people who were revolted by corruption, state despotism and inequality to enroll in religious movements. In addition, the ever-increasing speed of globalization has reinforced, by way of reaction, people’s need for identity at a time when religion has become an overriding affiliation among Muslims.

So what can be done to replace this affiliation to an overriding affiliation? Amin Maalouf argues that a much wider allegiance, with a fuller vision of humanity will make people more tolerant toward the other. He also claims that critical involvement in modernity and globalization alongside with a promotion of cultural diversity will make the world much safer.

To sum up, Maalouf argues that each of us should accept his own diversity and see his identity as the sum of all his various affiliations, instead of as only one of them raised to the status of the most important. I think that Amin maalouf’s conception of multiple identity might give us an insight into the mechanisms at work in the making of extremism. Tolerance is only possible in a world where the recognition between cultures is mutual and where each of us recognizes his own diversity. However, this call for tolerance needs more time to be heard as the bombings still make too much noise!