You are here: Home / Mediterranean / Crushing Daesh in Libya 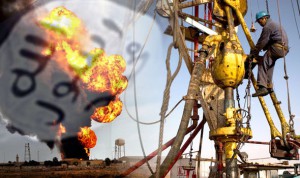 Libya has been torn apart by a 20-month long civil war, which started when Libya Dawn, an Islamist militia coalition, took control of Tripoli in 2014 and set up a rival government administration. The internationally-recognised authorities operating from Tobruk in the east have struggled to fight a growing insurgency.

Daesh (or Isis as it is sometimes called) has exploited the collapse of the state to build a power centre along Libya’s central Mediterranean coastline, stretching about one hundred miles on either side of Sirte, Qaddafi’s old stronghold, between Tripoli and Benghazi.

Daesh has declared that Sirte is now part of the ‘caliphate’. About 3,000 to 5,000 militants are thought to be operating in the country. Sirte lies 350 miles southeast of Malta.

It is feared that the jihadist terror group could shift its so-called ‘Islamic State’ headquarters to Libya because of escalating airstrikes on their positions in Iraq and Syria. Libya could become their springboard for attacks against Europe and southward expansion into Africa.

From Sirte, Daesh is spreading east and attacking oil installations at Sidra and Ras Lanuf, doing further damage to an industry that has seen output fall drastically. By targeting oil and petroleum infrastructure, Daesh is trying to destroy any chance of putting the Libyan State back together again.

Five years after Western air power helped remove Qaddafi, the chances of another intervention in Libya are steadily increasing. The United States, together with France, Britain and Italy, is exploring the possibility of military action to combat the growing menace from Daesh on Europe’s doorstep.

The Chairman of the US Joint Chiefs of Staff, General Joseph Dunford, hinted at putting American troops on the ground after a meeting with his French counterpart about Libya at the end of January.

“It’s fair to say we’re looking to take decisive military action against Daesh,” he said, “in conjunction with a legitimate political process.”

It has since been confirmed that US, French and British Special Forces may already be on the ground in Libya in small numbers, making contact with local militias. If Special Forces are deployed against Daesh in Libya, it would reinforce the successful and highly effective campaign executed in 2006 against al-Qaeda in Iraq, when American Delta Force commandos and the British Special Air Service (SAS) launched multiple surprise raids in and around Baghdad that demolished the terrorists’ leadership structures.

Or as the US Defence Secretary put it: “You don’t know at night who’s going to be coming in the window.”

These techniques can all be traced back to the form of warfare invented by the British Army in the desert – in Libya – during World War II. On December 14, 1941, a small team of British soldiers cut through the perimeter wire of an airfield near Sirte on the Libyan coast.

Mayne kicked open the door. His team opened fire. At the same time, the other members of the assault force fanned out across the airfield laying time-bombs on the Axis planes. After 15 minutes of carnage, Mayne and his team vanished back into the night. Moments later the bombs exploded, lighting up the desert sky. The conflagration was visible from 40 miles away.

The devastating attack on the Libyan airfield was one of the earliest operations carried out by the SAS, a fledgling team of saboteurs operating deep behind enemy lines.

Today the SAS may soon be heading back to the desert to monitor Daesh, harass and destroy their activities, conduct covert operations and hunt down high-value targets, as the extremist jihadist group attempts to extend its power into the oil-rich failed state of Libya.

Britain may be preparing to send upto 1,000 troops, including Special Forces, as part of an international mission to combat Daesh and support Libyan security forces when a unity government is formed.

Instead of operating against the Italians in Libya, the SAS will now be operating alongside them. Rather than attacking airfields, special units may be targeting the Daesh leadership, rescuing hostages, mounting night raids, and gathering intelligence.

But in tactics and intentions, US and British Special Forces will be following the principles pioneered by the SAS in the desert 75 years ago.

Attacking the most valuable strategic targets without warning and then melting away again, forcing Daesh to remain on constant, debilitating alert.

In his diary, the redoubtable Field Marshal Rommel, commander of the Axis Forces in North Africa, wrote that the SAS raiders had “caused considerable havoc” and sowed “serious disquiet” among his troops. The forces of Daesh are moving into the same Libyan strongholds that the Germans and Italians once occupied.

As Daesh extends into Libya, the need for SAS tactics has never been more urgent. The havoc and disquiet that are the hallmarks of SAS and other Special Forces operations may soon be visited on Daesh. Daesh’s presence in Libya is a matter of considerable concern to the west. But it is of course of especial worry to Malta as the European frontline State. It is a matter of disquiet on three grounds: stability; counter-terrorism; and immigration.

Stability is the key. Nearly half the population in Libya needs humanitarianaid. Over one million Libyans aresuffering from malnutrition and half a million are homeless. If oil production continues to fall, the humanitariandisaster will only get worse, prompting greater pressure on migration across the central Mediterranean.

Agreement was reached in a deal brokered by the UN last December on unifying the two rival administrations in Libya into a ‘government of national accord’, but this has yet to take effect. Sadly, the entire plan for reconciliation between all sides in Libya looks forlorn and weak. The hope of achieving stability seems slim.

Until there is some form of unity government in place it seems unlikely that western powers will provide military help. But the longer this is delayed, the more secure Daesh will become. While the West’s default response of air strikes, by drone or fighter aircraft, has recently been attempted in Sabratha, these can achieve little more than to contain the threat and disrupt operations.

Putting Special Forces on the ground might be risky. But the alternative is to allow Daesh to gain an even stronger foothold than they have at present, which will make dislodging them in future that much harder and the threat of terrorism against European targets more likely.

There are, as so often in these situations, no good options. But doing nothing may be the worst option of all. Special Forces on the ground, working with local militias, such as those in Misurata who have repeatedly requested American assistance, may in the circumstances prove to be the least worst option.