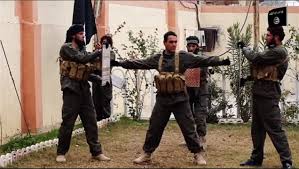 The Deputy Prime Minister of the Crimea Ruslan Baalbek stated concentration of Islamic radicals at northern borders of the peninsulain the Kherson region.

‘We know about training camps in the Kherson region of Ukraine in which ISIS terrorists and supporters train. We are extremely disturbed by the fact that the Ukrainian side allows Islamic radicals to participate in illegal actions in the Kherson region and to create parallel power structures in exchange for the anti-Russian actions,’ said Baalbek according to RIA Novosti news agency.

‘The fact that nuclear power plants on the territory of Ukraine may become for radicals an object for blackmailing the Kiev authorities, brings security of both Europe, and Russia, to the common level,’ added Baalbek.

These terrorists groups carried out the sabotage against the electricity lines of Crimea at the end of 2015.