You are here: Home / Europe / Crazy for Daesh? Sweden to employ psychiatry against terrorism

Amid the increasing ghettoization of suburban areas in the wake of the migrant crisis and the looming terrorist threat, Sweden seems to have come up with an unorthodox solution: namely, to employ psychiatry for the prevention of violent extremism 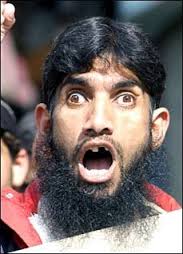 Meanwhile, the level of extremism in Sweden has been growing in lockstep with the number of the budding “exclusion areas,” marked by violent crime, unemployment and overwhelming minority populations. A recent survey, conducted by human rights group Varken hora eller kuvad (“Neither Whore Not Subdued”) revealed a staggering level of extremism in traditionally peaceful Sweden, Swedish Radio reported.

According to the NGO, which is self-described as politically and religiously independent, every tenth student in northeastern Gothenburg expressed sympathies for religious extremism. According to figures from the Swedish Security Police SÄPO, Gothenburg, which is Sweden’s second-largest city, produced a third of Swedish jihadists in the Middle East. Earlier in November, it was reported that only a third of Swedish municipalities had an action plan against violent extremism. For many, the planned work has not even started yet, Swedish newspaper Svenska Dagbladet reported.

Since religious radicalization, which mostly occurs in blighted urban areas, may be dramatically accelerated by mental illness, psychiatry needs to be incorporated against nascent terrorism, Swedish national coordinator against violent extremism stated. Arguably, no sane person would keep terrorists’ company of his or her own accord.

According to Yassin Ekdahl, committee secretary under National coordinator against violent extremism, psychiatrists may step in to prevent exploitation by radicals. “The goal is to catch them early so that they do not fall into recruiters’ claws. I’m not talking about hardline ideologies, but rather about mentally disturbed people,” Yassin Ekdahl told Swedish Radio, claiming the need for clearer guidelines for collaboration between medics, police and security services. “It is about identifying and targeting mentally ill people who are being drawn into these [extremist] environments,” Helena Persson, a section manager at Järva Psychiatric Clinic told Swedish Radio. Persson went on to suggest that besides terrorists, both left- and ring-wing extremists may take advantage of the mentally ill.

Järva Psychiatric Clinic has in recent years handled a handful of cases where mentally unstable people had been drawn into violent extremism. In particular, the victims expressed sympathy for Daesh and claimed they wanted to join the terrorists’ ranks.

According to terror expert Hans Brun of both King’s College in London and the Swedish National Defense College, the terrorist threat must be reckoned with. Brun especially warned of “lone wolf tactics.” “Yes, it is a problem that we are constantly living with. <…> A fairly long series of terrorist attacks in Europe has been committed by lone wolves, and this kind of offenders is the one that is most difficult to spot,” Brun told Swedish national broadcaster SVT.

His fellow terror researcher Peder Hyllengren at the Centre for Asymmetric Threat Studies at the Swedish National Defense College went on to predict a rise in terrorist crimes in Sweden.