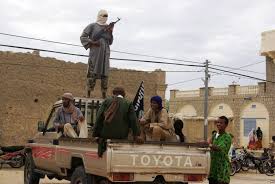 The international community is challenged for the “key role” of the Sahel region development in the fight which has been imposed by the threat of violent extremism and terrorism in this region, said Monday in Algiers Minister of Maghreb Affairs, Africa, Union and Arab League Abdelkader Messahel.

Speaking at the opening of the 4th session of Working Group on Sahel Capacity Building of the Global Counterterrorism Forum, Messahel said that the terrorism threat “persists” in this part of Africa, “despite the huge human and material efforts made by the region countries to eliminate it.”

“In spite of the efforts aiming at improving the living conditions of local populations through national and regional economic projects to boost growth, we notice that the very limited resources possessed by these countries do not allow them to fulfill all the aspirations and are still the causes of social and economic weakening of these countries,” he said.

Messahel said that such weakness is “exploited and manipulated” by those who are behind terrorism in their propaganda and recruitment campaigns.

In this regard, he said that the meeting is devoted “exclusively to the essential issue of the Sahel countries capacity building for the fight of this scourge.”

“Thus, terrorists’ reach is unfortunately larger and kills innocent people in peaceful cities of West Africa, warning all the region countries on the reality of the terrorist danger scope and on the capacity of its perpetrators to chose places, the nature and the reach of their criminal acts,” said the minister.

“This confirms, once again, that terrorism ignores borders and does not need any justifications, besides its own logic, to commit its crimes,” he said, adding that “ recruitment, and the return of foreign terrorist fighters from the conflict zones, like Iraq, Syria, and Libya is also increasing in the Sahel.”

The minister stressed the ‘”importance of preventing that the poor resources in the region could be manipulated by the terrorist groups, so to make of it the favorite destination of returning foreign fighters.”

For Messahel, “it is important that the bilateral, regional and international efforts for the creation of platforms of judicial, security and intelligence cooperation be encouraged as part of the works of the Working Group and globally as well.”