You are here: Home / Mediterranean / Counterterrorism: Algeria has participated in military maneuvers in South Africa 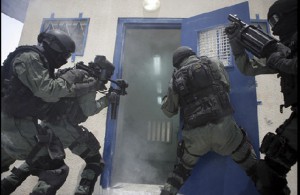 State Minister, Minister of Foreign Affairs and International Cooperation Ramtane Lamamra said Monday in Oran, that Algeria has recently participated in military maneuvers, a few days ago in South Africa as part of the fight against terrorism.

Speaking after a meeting with his Angolan counterpart George Rebelo Pinto, Ramtane Lamamra said that “a few days ago, the AU Commission for Peace and Security recently held military maneuvers in South Africa, and Algeria has sent military units.”

“For the first time, African units took part in these maneuvers to prepare and adapt on the ground in case of terrorist attacks,” he explained.

In this context, the minister added that Algeria has deployed important airborne and air forces.

“The major problem we meet is that of rapid deployment. So, Algeria participated in the transport of the military units of West Africa countries to South Africa,” he added.