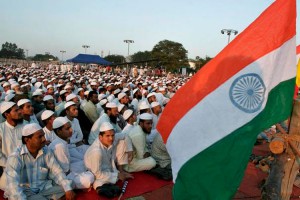 Given the Islamic State’s (IS) interest in expanding into South Asia, and the worrisome interest generated in sections of the Indian citizenry, the Indian Ministry of Home Affairs has rightly termed this threat as a significant “long-term national security concern.”

So far, India has managed to restrict IS recruits from the country to only a handful. To that end, the 09 February 2015 Indian Express report, which stated that the Telangana Police “is dipping into its Naxalite-era experience in surveillance and methods of deterrence to keep a watch on youths who are susceptible to online radicalisation and recruitment by the Iraqi militant group Islamic State,” is noteworthy.

Under this strategy, arrest is not employed as the first option. Instead, measures such as increased vigilance and counseling are used for deterrence; and help is enlisted from parents, relatives, and community elders. This is key, because of Telangana’s track record – according to reports, it is one of the first states to set a model for dealing with IS related cases; and 21 youth – the highest number in any state – have been prevented from leaving for Syria in 2015.

Can the lessons from the Telangana Police’s experience in countering Left Wing Extremism (LWE) – which is considered relatively successful – be harnessed to counter the IS threat?

To examine this, it would be important to look at the strategy adopted in Telangana (formerly part of Andhra Pradesh) to counter LWE. Andhra’s strategy in reducing LWE influence is attributed to military tactics and the success of the Greyhounds commandos. Ancillary developmental measures are often overlooked by most scholars. In fact, by a large measure, and like any other state affected by sub-national conflicts, the strategy it employed to handle LWE cadres, is considered relatively harsh. However, there are several instances where security officials, for ‘Winning Hearts and Minds’, adopted several ‘population centric’ measures that included infrastructure-development schemes and civic action programmes.

This commentary compares and analyses two measures – a) involving parents and community members, and b) counseling – of the many that have reportedly been implemented to counter the IS’s influence in India, and proposes solutions to address shortcomings.

Involving Parents and Community Members
One of the first few reported instances on involving parents to counter LWE influence took place in Karimnagar on 28 July 2000, where a counseling session of parents, and their subsequent appeal published in the local newspaper, lead to four dalam members deciding to quit underground activity.

Several similar initiatives followed, such as prodding the families of the cadres to go on hunger strikes; visits by elected representatives of local parties, revenue officials, civilians and police officials to houses of Maoist cadres, urging the parents to play a part in their surrenders.

In comparison, parents and community elders of youth being radicalised by the IS are involved mostly to keep a watch on suspicious activities and to ensure that the latter do not get brainwashed.

While involving families, it is important to prevent any propensity of isolation from developing, especially amongst women and children. Essentially, families should be able to share their concerns and experiences outside their homes, freely and without fear. Building a community-centric or collaborative approach to policing that truly generates a sentiment of police meekosam (police for you) will be the way forward.

Counseling
Telangana Police officials have echoed New Delhi’s views on the approach to countering the influence of the IS. Reportedly, counseling is being preferred over knee-jerk arrests of radicalised individuals, and also as a deterrent. This is reminiscent of a decade old strategy of advising, organising ‘counseling melas’, and street plays for rural youth and militant cadres to wrest them away from LWE fold.

However, it is important to note that it is not counseling alone that has insulated those susceptible to LWE influence. A combination of counseling and pressure tactics produced results. In the case of IS influence, counseling appears to have played a significant role. Available data reveals that nearly 80 per cent of those reportedly planning to leave for Syria were counseled, and the remainder, arrested.

An important aspect vis-à-vis preferring counseling instead of arrests as a strategy is ensuring prevention of recidivism (counseled individuals returning to extremism). Critics of similar models of counter-radicalism have called such approaches ‘soft’ and ‘dangerous’ due to the probability  of recidivism. In fact, some officials have expressed fears of recidivism in surrendered LWE cadres if there is poor implementation, monitoring, and distribution of benefits under the surrender and rehabilitation policy.

Therefore, ensuring that the counseling process fully amends the behaviour of the detainee – via discussion, debate,  and correction of misconceived notions of religion that justify radicalism – is required to make this approach effective.

Strengthening probation and aftercare services, providing sufficient opportunities to reintegrate, and ensuring support in finding employment etc. are some initiatives that could reduce chances  of recidivism.

The population-centric approach implemented during counter-LWE operations in Telangana may provide an effective way to deal with IS-related radicalisation. Simultaneously, however, it illustrates the imperfect nature of such a complex effort. Its pitfalls – namely fear of isolation, and recidivism – should be borne in mind, for that would help us go a long way in updating our overall approach to counter-radicalisation.