You are here: Home / Europe / Counter-terrorism raids carried out at properties including in Leicester 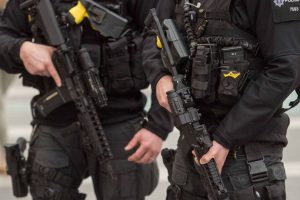 The operation is in connection with “Islamic extremist activity” say policeHomes have been targeted by counter-terrorism police as part of a series of raids across the Midlands today, according to leicestermercury.co.uk.

Detectives are searching a number of residential properties including in Leicester as part of a West Midlands Counter Terrorism Unit (WMCTU) investigation.

The operation is in connection with “extremist activity” say police.

Homes in Coventry and Birmingham are also being searched today (Tuesday, September 18) by WMCTU, with the support of East Midlands Special Operations Unit – Special Branch.

A WMCTU spokesman said: “The searches are in connection with allegations of extremist activity in India and fraud offences.

“No-one has been arrested.”

The exact locations of the raids have not been released.