You are here: Home / West Asia / Counter-terrorism drills conducted in schools across Peshawar 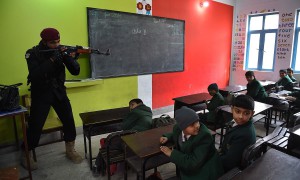 In wake of the Bacha Khan University attack, security in schools across the country has been beefed up while mock security exercises were carried out in many others since last week.

The Elite Police Force personnel took part in a number of drills to fight against militants in various schools of Peshawar on Friday. 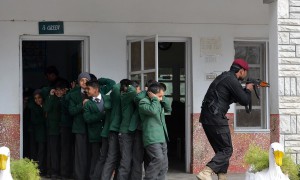 In Karachi, students and parents were informed on Tuesday that all institutes under the Army Public Schools & Colleges System in the city will remain closed till January 31 due to security concerns. 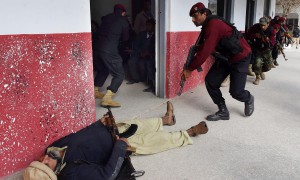 Earlier on Monday, the Punjab government announced closure of all public and private schools in the province from Jan 26 to 31, citing “extremely cold weather” as the reason.