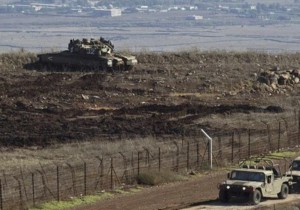 Tunisia has a growing problem with Islamic terrorists from (currently) lawless Libya getting in and causing problems. Not surprisingly Tunisia has decided to follow the Israeli example and build a high tech security fence along 160 kilometers of its border with Libya. This decision is based on the success of a fence design pioneered by Israel and successfully copied by India and Saudi Arabia and a growing number of other nations. But as the Saudis learned the hard way, you have to follow the Israeli formula carefully or this solution will not work.

For a long time, it was conventional wisdom that you could not prevent irregulars (terrorists, guerillas, bandits, smugglers), from getting across a long frontier. Apparently the conventional wisdom is wrong. Both Israel and India have been able to build security fences that have succeeded in keeping terrorists out. The Israeli security fence with the West Bank will eventually be 760 kilometers long. But even when it was half finished it was blocking the most easily used terrorist crossings and that caused the Palestinian terror campaign to collapse. India, using some of the Israeli sensor technology, erected a 580 kilometer electrified fence along the Line of Control (LOC) in Kashmir. In 2004, India bought more radars, and special jamming equipment (to shut down radios used by Islamic radicals trying to cross the border) for use in Kashmir and along the LOC. The use of ground radars, thermal imaging and other electronic gear along the LOC, greatly reduced illegal movements into Indian controlled Kashmir.

In 2006 Saudi Arabia decided to build a high-tech security fence along its 900 kilometer border with Iraq to deal with Islamic terrorists moving in and out of the kingdom. Senior officials then decided the original design (based on the Israeli concept) was too expensive and eventually built a cheaper and less capable fence. This would take less than a year to build and would put plenty of people to work setting up 1,800 kilometers of fencing and installing the electronic devices. This new design was believed capable enough to do the job as well as the original 2006 security fence, cost a lot less, and employ lots of Saudis. While completed, the cheap fence lacked many of the sensors (or used ones that were not reliable) and was easy to get through. When these flaws became obvious enough to a lot of people there were calls for a return to the original design and in 2014 it was agreed to “upgrade” the border fence to standards first proposed in 2006.

The Saudi implantation of the original Israeli design used lots of sensors, supported by 1,450 kilometers of fiber optic cables. The high-speed fiber optic lines allowed for real time monitoring of fifty radars (able to detect vehicles, pack animals and individual people) along with 78 monitoring towers equipped with optical day and night sensors (digital cameras) with zoom. The monitoring was done from eight command centers. From these centers sensor operators could quickly determine if someone was attempting to breach the border barrier and where. They could then order armed men to the trouble spot from 32 rapid response centers. There are ten vehicles equipped with surveillance equipment that can be sent to areas where trouble is expected, to make sure the trouble, if it shows up, is spotted and identified sooner.

Legal traffic goes through 38 crossings, which are heavily guarded and monitored. The foreign consultants that helped design the barrier warned the Saudis that the more effective the new border barrier was the more likely the personnel operating the system would be bribed. So the software used to run the monitoring and control system has safeguards and monitoring routines built in to detect and quickly report possible staff misbehavior. A similar barrier is being built along the Yemen border and all 5,000 kilometers of land borders will eventually have upgraded border security, now with some kind of fence and sensors.