You are here: Home / Europe / Counter-terror chief: Islamic radicals groups on the rise in east Germany 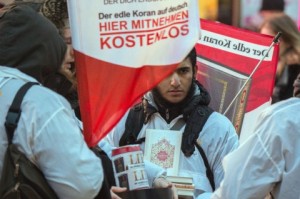 “We receive information on terror suspects every day,” said Stephan Kramer, the regional chief of state protection and counter-terrorism in Thuringia, a state in east-central Germany.

Many Islamic extremists came to the region during the summer of 2015, when Germany faced a wave of mass migration, Kramer said. At the time, a radical group had raised red flags in Saxony for building new prayer centers with the goal of instating Sharia law in Germany.

Kramer referred to the case of Dschaber al-Bakr, a 22-year-old Syrian who first eluded authorities in October and later committed suicide in a Leipzig jail after he was detained on suspicion of plotting an attack for the Islamic State. The case prompted an independent investigation into intelligence authority cooperation.

“We have similar information in Thuringia, too,” Kramer said. “I know from my colleagues in other eastern Germany states that the situation is similar there too. It’s a country-wide issue.”