You are here: Home / Senza categoria / Cost of terrorism keeps on rising 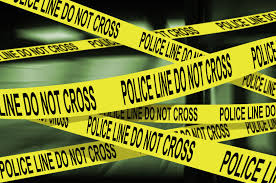 The recent attacks in Paris by the Islamic State have again turned the spotlight onto terrorism. The Islamic group which has emerged from Iraq and taken over large portions of Iraq and Syria is also threatening Europe and other regions. The invocation of terrorism has never gone away regionally, with almost daily reports of killings, bombs, and suicide missions.

But now terrorism has become ubiquitous, and reaches nations which typically resolve conflicts through peaceful means. Since 2001, apart from many local killings, there have been separate large-scale attacks in the United Kingdom, Spain, India and Russia. Where we used to differentiate our analysis from a philosophical, existential, and economic perspective between the ”civilized” and the ”uncivilized” world, we now have to cast our vote between barbarous and non-barbarous adversaries.

One major impact of terrorism will be on travel and tourism. The New York Times recently reported that current numbers of tourists are already showing a slight decrease to areas that have experienced terrorist attacks. This is especially significant for France which had 84 million foreign visitors last year and for which travel and tourism accounts for nearly 9 percent of its economy. Flight cancellations to Paris were felt days after the attack. Bookings for future trips have dropped by a third compared to last year’s numbers. A similar situation occurred in the United States after the Sept. 11, 2001 attacks and according to statistics from the United States Office for Travel and Tourism, it took five years for international visits to exceed their 9/11 numbers.

Tight security regulations and very strict border control are some of the factors that contributed to the decrease in foreign visits. Europe which relies heavily on tourism may be heavily affected by the recent Paris attacks if movement across the 26 countries in the Schengen region will be restricted. Already, we are seeing temporary border controls being erected in light of the migration crisis in the Middle East and Africa. Once in place, new security measures might be hard to dismantle again.

With the eurozone experiencing the slowest growth in years, the Paris attacks may do great harm to the already weak economies in the region. Last month, Forbes reported that spending during the busiest business month of the year may be curbed. The transfer of goods across boundaries could greatly affect manufacturing in the region. And with businesses poised to expand to countries in the Middle East, the recent attacks may halt those plans.

Another outcome of the terrorism threat has been a rise of public-private partnerships, in which governments and firms collaborate to counter terrorism. For example, global police agencies now partner regularly with private firms to combat cyber crime and attacks on critical computer infrastructure. Governments and activist groups now use social media to organize campaigns fighting against threats ranging from dictators to disease. But nations also have begun to curtail social media when they are contrary to government interests.

Policy measures intended to increase security may lessen the efficiency of global transportation and logistical systems. The unintended consequences of such actions may increase market imperfections and raise business costs further, and may alter the environment in many ways more harmful to business interests than the terrorist events that provoked them. While everyone can agree on the need to guard against terrorism, a key question is always: Who pays?

From a global perspective, terrorism’s effects are present for many firms, even those who see themselves as quite remote from any location affected by terrorism. Today’s climate of global commerce involves extensive interaction with countless distributors and customers. Producers and marketers rely on suppliers and suppliers’ suppliers to obtain goods and components. Such extensive networks increase the exposure of firms to events that take place at a far distance. Even firms perceived as having little international involvement may depend on the receipt of imported goods and are therefore subject to shortages or delays of inputs and the disruption of company operations.

In an article by Professor Sheffi of MIT, he cites the importance of having to understand that in today’s business climate of global competition and rapid response, firms no longer have the luxury of just aiming for “survival” in case of a terror attack. Instead, firms need to be flexible in order to be able to withstand shocks. They must offer assured continuity to their suppliers, their clients, their employees, and other stakeholders in order to inspire confidence in their relationships. Flexible firms will recover more quickly and can more readily sustain performance in the aftermath of terrorism’s direct and indirect consequences. Firms need to develop continuity plans to deal with crises. Such plans may, for example, facilitate a shift of production to different regions of the world in the wake of unanticipated disruptive events. Particularly for firms that engage in massive outsourcing, the reliance on a single or even limited number or locations of suppliers is quite risky. Ongoing business relationships after a terrorist incident need to be a principal goal of any firm. Apart from the importance of such an achievement for the viability of the firm, business continuity also denies terrorists of their achievements.

Especially small and medium-size enterprises have limited resources and competing priorities. Managers are disinclined to plan for contingencies that (a) may occur at some distant future time (e.g., not this quarter); (b) involve high levels of uncertainty and are therefore difficult to measure and plan for; and (c) shareholders and stakeholders view as relatively unimportant. A key challenge for policy makers, therefore, is to stimulate managers to invest the time and money to deal with the threat and possible effects of terrorism and other emergencies.