You are here: Home / Senza categoria / Concern in US over intelligence lapses on Syria 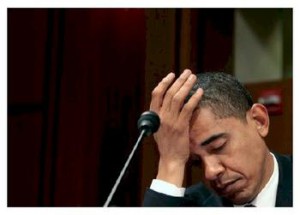 Senior US politicians have begun probing possible intelligence lapses over Russia’s intervention in Syria, concerned that American spy agencies were slow to grasp the scope and intention of Russia’s dramatic military offensive there, US congressional sources and other officials have said.

A week after Russia became directly involved in Syria’s civil war by launching a campaign of air strikes, the intelligence committees of the US Senate and House of Representatives want to examine the extent to which the spy community overlooked or misjudged critical warning signs, the sources said.

Findings of major blind spots would mark the latest of several US intelligence misses in recent years, including Russia’s surprise takeover of Ukraine’s Crimea region last year and China’s rapid expansion of island-building activities in the South China Sea.

Intelligence officers were caught mostly off-guard by the speed and aggressiveness of Russian President Vladimir Putin’s use of air power as well as a Russian target list that included US-backed rebels, according to the officials, who spoke on condition of anonymity.

“They [US intelligence] saw some of this going on but didn’t appreciate the magnitude,” one source said.

Russia’s sudden move to ramp up its military involvement in the Syria crisis has thrown US President Barack Obama’s Obama’s Middle East strategy into doubt and laid bare an erosion of US influence in the region.

Syrian troops and militia backed by Russian warplanes mounted what appeared to be their first major coordinated assault on Syrian insurgents yesterday and Russia said its warships fired a barrage of missiles at them from the Caspian Sea.

Russia has insisted it only hit Islamic State insurgents.

“They did not expect the speed with which Putin ramped things up,” said Michael McFaul, President Obama’s former ambassador to Moscow. “He [Putin] likes the element of surprise.”

One source suggested that US experts initially thought the Russian build-up might have been more for a military exercise or a temporary show of force than preparations for sustained, large-scale attacks on Mr Assad’s enemies.

Another official said that after initial review, US officials believe that “information on this was not moving quickly enough through channels” to policymakers.

Mr McFaul, who took the view that the Obama administration had been largely on top of the situation as President Putin prepared his offensive, said that a faster or more precise intelligence assessment would probably have done little to change the outcome.

“What difference would it make if we had known 48 hours ahead of time?” asked Mr McFaul, who now teaches at Stanford University in California. “There still wouldn’t have been any better options for deterring Putin in Syria.”