You are here: Home / MidEastGulf / Communists form guerrilla group in Lebanon to fight back against ISIS 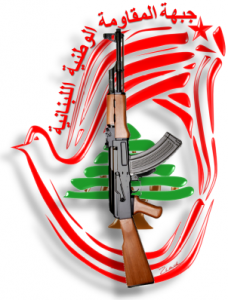 Lebanese Communist Party members are taking up the fight against Islamic State and al-Nusra Front in the regions of the country affected by unrest in Syria by forming an ad hoc guerrilla group.

Fighters of the Lebanese Communist Party formed a guerrilla group to patrol the Beqaa Valley in the east of the country, RT’s Paula Slier reports.

With the threat of Islamic extremism less than 10 kilometers from the border and daily gunfire, every local man considers it his duty to volunteer and join the group.

“Until now there have been no direct battles with Islamic State or al-Nusra. We are here as support behind the lines of the Lebanese army. For sure there are some small groups of fighters who manage through the mountains and we are here to detect them and find them,” one of the Communist fighters told RT.

“The main difference between us and Hezbollah is that we are from different Lebanese factions – Sunni, Shia, Druze. We are mostly secular and we are different from the Lebanese army. We are not a classic army,” he added.

The Lebanese Communist Party founded in 1924 has not enjoyed electoral success in recent years, but its fighters are sure that there is still a whole lot they can do.

Almost every family in every village in the area has a member who volunteered to the group and now knows how to use a gun.

The old-timer guerrillas shared their experiences gained during the battles against Israel with rookies. The younger generations listened attentively, but did not forget about their education either.

“The priority is always for education and we are fighting not only with our weapon but also with our education. I want to see my future as a computer technician, not as a fighter. We don’t like fighting, but we are obliged to fight to protect our villages and cities,” said 23-year-old Wizzam who goes to the battlefield after his college classes.

The young man had never held a gun until Islamic State and al-Nusra disturbed the peace.

Last August the jihadists surrounded and attacked Lebanese army checkpoints and later took control over the town of Arsal, located 124 kilometers north-east of Beirut. Since then, other border towns have lived under the constant threat that the same thing could happen to them.

“We have a strong will and desire to fight the extremists. We will not leave this land until the last drop of our blood and last meter of our land,” another Communist fighter said.