You are here: Home / FakeNews / Commanding the trolls 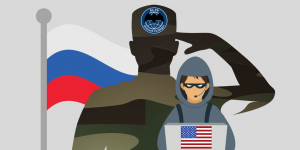 Thanks to a series of journalistic investigations, many of which have been carried out by Russian reporters, it is already well known that employees at the so-called “troll factory” in St. Petersburg receive instructions about which messages they should push in social media and online debates, like reported by euvsdisinfo.eu.

Examples of such instructions have now been published in written form in the new indictment from the U.S. Department of Justice, which charges a named employee at the “troll factory” with attempted meddling in the upcoming U.S. midterms elections.

The new documentation confirms and fleshes out the instruction system and the fact that the “troll factory” is still active. The evidence also showcases the “troll factory’s” activities as a strategic communications campaign with emphasis on target group awareness.

“Special prosecutor Mueller is a puppet of the establishment”

“Just like ordinary Blacks, Latinos, and Native Americans, colored LGBT people are very sensitive towards #whiteprivilege and they react to posts and pictures that favor white people…. Unlike with conservatives, infographics works well among LGBT and their liberal allies, and it does work very well. However, the content must be simple to understand, consisting of short text in large font and a colorful picture.”

In another communication, a manager suggests that the “trolls” should share a specific news article about Senator John McCain with the following emphasis:

“Brand McCain as an old geezer who has lost it and who long ago belonged in a home for the elderly. Emphasize that John McCain’s pathological hatred towards Donald Trump and towards all his initiatives crosses all reasonable borders and limits. State that dishonorable scoundrels, such as McCain, immediately aim to destroy all the conservative voters’ hopes as soon as Trump tries to fulfill his election promises and tries to protect the American interests.”

Robert Mueller’s Russia probe is subject to another internal “troll factory” instruction quoted in the indictment:

“Special prosecutor Mueller is a puppet of the establishment. List scandals that took place when Mueller headed the FBI. Direct attention to the listed examples. State the following: It is a fact that the Special Prosecutor who leads the investigation against Trump represents the establishment: a politician with proven connections to the U.S. Democratic Party who says things that should either remove him from his position or disband the entire investigation commission. Summarize with a statement that Mueller is a very dependent and highly politicized figure; therefore, there will be no honest and open results from the investigation. Emphasize that the work of this commission is damaging to the country and is aimed to declare impeachment of Trump. Emphasize that it cannot be allowed, no matter what.”

Another question which the new indictment throws light on is whether the “troll factory” has become less active as a result of the publicity to which it has been exposed.

Part of a media control system

The evidence also demonstrates some overlaps between the way the “troll factory’s” output is managed and the guidelines that are used for controlling traditional Kremlin-loyal media, such as Russian national television.

Russian television also receives policy guidelines from the Kremlin, the so-called “temniki“, which are typically kept in oral form, trickling down from the political level through media management to editorial and journalistic staff. This system has also been exposed when whistle blowers have brought forward examples of the “temniki” in written form.