You are here: Home / MidEastGulf / Colombian troops killed in Yemen 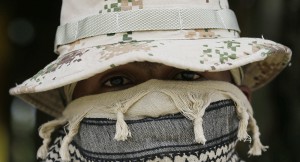 Six Colombian troops and an Australian commander have been killed in clashes with Yemen’s Houthi fighters and allied forces in the southwestern part of the country.

Yemen’s al-Marssad news agency said on Tuesday that the six Colombian soldiers were killed after Houthi fighters and the allied army units launched attacks on Saudi-led forces in al-Amri region in Bab-el-Mandeb area, in Ta’izz Province.

The report said an Australian commander, identified as Philip Stitman, who was leading the Colombian forces was also killed in the operation.

Previous reports by Yemeni sources who had said that at least 800 troops from Latin American nations are contributing to Saudi Arabia’s war on Yemen. The sources added that Colombians were dispatched to Yemen based on an agreement between the United Arab Emirates, a major ally of the Saudis in the Yemen war, and Blackwater, a security services company, which is based in the United States. Washington has also helped the Saudis in their nearly nine months of bombardment of Yemen by providing logistics and intelligence to the Saudi air force.

Sources in Colombia have also confirmed the presence of Colombian nationals in Yemen, saying the troops have been promised with a weekly salary of USD 1,000 and a guarantee for obtaining the citizenship of the United Arab Emirates.

The New York Times reported on November 25 that the UAE has “secretly” deployed 450 Latin American troops, most of them from Colombia but among them Panamanian, Salvadoran and Chilean soldiers, to fight in the war on Yemen.

Yemenis say the Colombians fighting in Yemen are part of a larger battalion of foreign forces who have received covert training in the deserts of the UAE over the past five years.

Yemen has been under military attacks by Saudi Arabia since March 26. The Saudi military strikes were launched to bring embattled president of Yemen, Abd Rabbuh Mansour Hadi, back to power.

More than 7,500 people have been killed and over 14,000 others injured ever since. The strikes have also taken a heavy toll on the impoverished country’s facilities and infrastructure.