You are here: Home / FakeNews / Cold war & fake news: why Russia lied over Aids and JFK 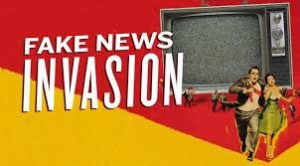 In the early 1980s, the Aids virus seemed to emerge from nowhere.

There was no cure and its origins were a mystery. But one theory began to surface – that it was the product of secret US military research at the Fort Detrick Laboratory.

What was the source for this piece of fake news? The answer was the KGB, the Soviet intelligence service, like reported by bbc.news.

KGB political officers in the field were tasked with spending up to a quarter of their time on what were called “active measures”.

Mr Boghardt believes the KGB station in New York first came up with the idea, which played into distrust in US institutions and rumours of covert biological warfare programmes.

“Intelligence meant not only gathering but using – or weaponising – that intelligence for influence operations,” he explains.

The aim of these “active measures” was to sow confusion and distrust either within a country or between allies. He says that in 1980, the Soviets spent an astonishing $3bn (£2.4bn) a year on active measures.

It was not the only time the KGB successfully pushed a conspiracy theory.

Within weeks of the assassination of President Kennedy, it tried to circulate stories of official CIA involvement.

It even covertly financed a book on the subject published in America within a year of the killing.

Many attempts at disinformation were amateurish and failed. The main challenge was crafting something plausible. Those that succeeded either blended fact with fiction or worked with the grain of existing conspiracies.

When it came to targeting Britain, Moscow had help in the shape of former MI6 officer and KGB spy, Kim Philby.

“He would provide advice on how to do it,” General Oleg Kalugin – formerly of the KGB and Philby’s ex-colleague – told me. “He said ‘this would not work, that sounds too Soviet’.”

Typically this would involve taking genuine documents from Western countries which spies had stolen and then adding in a few fake paragraphs to twist the meaning.

“We preferred to work on genuine documents with some additions and changes, and Philby in that sense was [the] number one guy,” says Kalugin, now based in the US.

In the 1980s, the US tried to counter the tide of KGB disinformation by setting up an “Active Measures Working Group”, with experts from across government agencies.

“The only way you could counter active measures was by coming back with the truth,” explains David Major, a former FBI official who served on the group.

It would try and identify fake stories and then advise the media about their source. “We were saying which one of these stories turns out to be fake news.” Major says.

It tried to counter one claim that Americans were going to South America, ostensibly to adopt children but actually to harvest their body parts.

The challenge in the Cold War was getting out a story.

In the case of the Aids virus, it was planted in a small journal in India which was funded by the KGB.

The story – on 17 July 1983 – warned that Aids might invade India and was the product of US experiments, with an anonymous US scientist linking it to Fort Detrick.

Initially, there was not much pick-up. But two years later, Soviet news outlets ran the story, citing the Indian reports. That meant they could claim they were not the source.

The story then spread rapidly over the next few years and can still be found in the wilder edges of the internet.

The KGB placed great emphasis on not just recruiting people who had access to secrets but people who could influence opinion, so called “agents of influence”.

“The Soviet and Soviet Bloc intelligence agencies were very good at cultivating contacts with journalists for instance, or intellectuals, who sometimes knowingly and sometimes unknowingly would be used as launching platforms for fake or leaked stories,” explains Prof Thomas Rid of King’s College, London.

Sometimes documents would also be mailed anonymously to journalists.

But did active measures stop at the end of the Cold War?

“The Soviet Union may have dissolved in 1990-91 but Soviet intelligence stayed virtually intact both in terms of its organisation and the goals it pursued – and that includes active measures,” says Mr Boghardt.

There were also new opportunities thanks to technology.

“In the 1990s when the Internet slowly emerged, it was really a no-brainer to start to use a platform that made it a lot easier to leak anonymously, to give information anonymously to the public,” argues Prof Rid.

The KGB did allegedly try and influence American elections in the past – for instance by pushing the “Reagan means War” line in the 1984 US election – and the US intelligence community believes that it did so again in 2016 through a wide-ranging influence operation.

This included hacking into organisations like the Democratic National Committee and Clinton campaign officials’ emails and feeding information to websites.

“What we’ve seen during the Cold War, somewhat counter-intuitively, is artisanal active measures – very labour intensive at the front end, down to using white gloves when you sign the letter in order to avoid fingerprints, the letter that you then mail anonymously,” says Prof Rid.

“It really required good tradecraft. But what we see in 2016 is the opposite: lazy industrial scale hacking and dumping.”

The leaking of real information is different from the creation of fake news stories, but they too are alleged to have appeared in 2016 although it is harder to trace their origins in the online world.

In the current environment, the term fake news has taken on many meanings. Russian intelligence’s active measures may well be part of a chaotic mix.

But in a world in which accusations of fake news and conspiracy are bandied around freely, even exposing such measures can be swept up in a whirlwind of claim and counter-claim.

The result is confusion. And more divisions which any future active measures can then exploit.