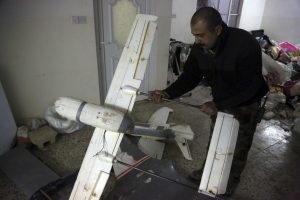 The U.S.-led coalition fighting Islamic State militants in Iraq and Syria said Thursday that three of the terror group’s drone experts were killed in Syria this month, like reported by voanews.com.

Speaking to reporters via videoconference from Baghdad, Dillon said the two Islamic State fighters “were responsible for manufacturing and modifying commercially produced drones.”

Salman and “a terrorist associate” were killed while traveling in a vehicle from Mayadin to Ashara, according to Dillon.

“The removal of these three highly skilled ISIS officials disrupts and degrades ISIS’s ability to modify and employ drone platforms as reconnaissance and direct-fire weapons on the battlefield,” Dillon said, using an acronym for the terror group.