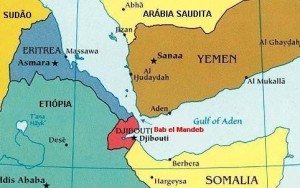 Arab coalition forces have completed military preparations to seize a number of Red Sea Island off Yemen’s coast to cut off weapons supply routes ahead of an offensive to fully control the Western port of Al Hudaydah.

The Saudi-dominated coalition, fighting to end an Iranian-backed coup and reinstate the legitimate government, is expected shortly to land troops on those islands to eject the Houthis and their allies and take full control of them.

“The move is intended to secure all the islands in that area to besiege Al Hudaydah port and prevent Iran from smuggling weapons to the rebels,” the Dubai-based Arabic language daily ‘Al Bayan’ said, quoting military sources in Yemen.

It said Houthi spokesman Sharif Lukman admitted that coalition troops have advanced on the Western coast in a bid to seize Al Hudaydah and the nearby Taiz province.

Albayan quoted the sources as saying the Houthis and their allies have started to move heavy weapons and anti-aircraft guns to the hills overlooking Al Hudaydah port to counter an imminent coalition offensive, backed by the national army and resistance.

“The rebels have moved heavy weapons to that area. It seems that they intend to shell Al Hudaydah after it is liberated since the seizure of this pot city will cut off the weapons supplies to the rebels in Taiz,” one source said.