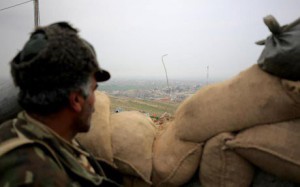 “The warplanes attacked Daesh (ISIS) gunmen and their bases seven times from 9 pm to 11 pm on Sunday night,” a Peshmerga source told Rudaw on condition of anonymity.

“The positions were carefully and completely targeted,” he said, adding that the mission was a success.

ISIS bases in the disputed Shingal area have been frequently bombarded by coalition airstrikes. But this was the first time that so many raids were carried out in such a short time.

In recent months, Shingal has been struggling to recover from a devastating ISIS attack from last year that unleashed a spree of killings, rapes and kidnappings against the area’s predominantly Kurdish Yezidi population.